SICHREM conducted the 2nd Training in “Using International Mechanism for Human Rights- Scope and Limitations for Indian NGOs” on 16 & 17 September 2011 at Bangalore. 16 participants representing different NGOs in the state of Karnataka, Tamilnadu, Kerala and Orissa participated and benefited by gaining in-depth knowledge of the UN human rights systems.

Dr. Rajkumar, the former Secretary-General of Pax Romana (INGO), the Independent Expert to the UN and presently the member of the Working Group on Human Rights in India and the UN was the trainer. 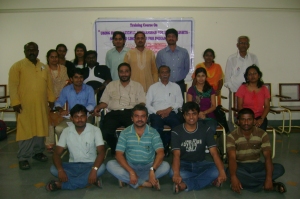 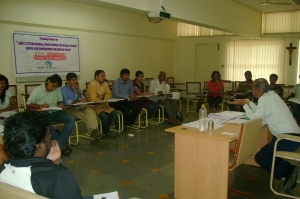 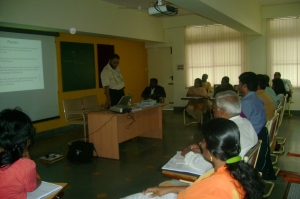 Regional Training Workshop on the Enforcement of RTE – Secunderabad

Bangalore, Nov 19: “There is an urgent need for the heads of educational institutions to include human rights education in their curriculum. Gross injustices being meted out to so many children often go unnoticed by the public. The media too does not do a serious job of reporting human rights violations. The issue dies down by just living as news for a day.  If the media takes serious interest in these issues, a lot of violations will stop,” said human rights activist, Mathews Philip, to the members of SIGNIS (The world Catholic Association for Communication) during their Karnataka chapter’s meet in the city on Sunay, Novemebr15.

Mathews Philip, executive director of SICHREM (South India Cell for Human Rights Education and Monitoring), urged Catholic journalists and media personnel, to take up the cause of human Rights violations through their various media organizations. SICHREM has been actively engaged in human rights education in over 300 schools across Karnataka and Kerala.

Secretary of SIGNIS (Karnataka), Fr Francis Guntapilly, who was responsible for starting a human rights cell at the Jesuit-run Indian Social Institute here, urged the gathering to “courageously publish any kind of human rights violations against any person, regardless of what religion one professes.  We have immense potential, given the media networks we possess,” he noted. He also appealed to the members to share whatever resources they possessed.

Later, during the day, members of SIGNIS  Karnataka re-elected its present president,  Fr Lawrence D’Silva and secretary,  Fr Francis Guntapilly. The body elected Nirmal Kumar from Bangalore as its vice-president in place of Sr Jacinta Prakashappa from the SMMI congregation.

Mangalore: SICHREM Calls for Implementation of Right to Education Act

Mangalore, Aug 27: “Karnataka is one of the states which has failed to implement the Right to Education Act which was enacted in April 2009 with the objective of providing free and compulsory education to every child in society. Moreover, there is need for collective opposition to the cancellation of 25 percent reservation for poor students in private schools,” opined Philip Mathew, director, South India Cell for Human Rights Education and Monitoring (SICHREM).He was speaking at the awareness programme organized at SDM College hall on Friday August 26.

“Already 60 petitions are pending in the Supreme Court urging cancellation of such reservation. This is against the interest of society and children of poor people will be cheated of an education,” Mathew said and called for a people’s movement to create awareness on the issue.

“In a few ‘prestigious’ educational institutions only academically brilliant students are given admission which is again violation of the Right to Education Act. All these issues will be brought to the notice of the government,” he said.

In the debate session held with the audience, the parents grabbed attention by raising issues like punishment for acquiring less marks, upper floor class rooms allotted to LKG and UKG students, and a preference for English medium education among others.

Responding to the issues, Mathew said that complaints about these should be lodged with the local DDPI. During the discussion, people said that there is a need for the government to consider employing expert English teachers in government schools. Also, the government should not use school teachers for other government activities.