ToT on Right to Education

Training of Trainers on the Right to Education Act was organised at Shimoga from 7th to 9th August 2012. 38 activists from all over Karnataka participated in the training. 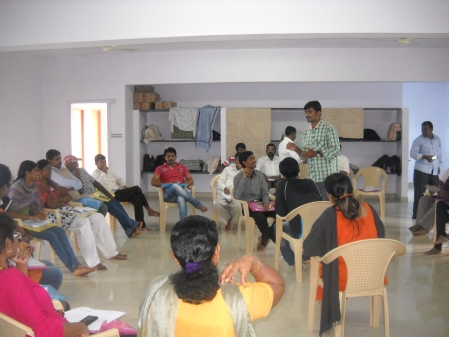 Handbook on RTE released at the training 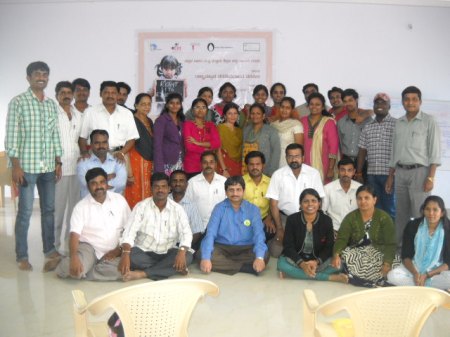 Participants of the training

As many as 120 people, including parents, activists and retired officials, came together on Saturday to set up a task force to create awareness and monitor implementation of the Right to Education (RTE) Act.

An initiative by the Child Rights Observatory, the task force aims to protect children studying in private schools; train resource persons; and to conduct campaigns, workshops and training. It will also empower its members to respond immediately in case of violation of the Act.

At the launch of the task force,  Vasudeva Sharma, the trust’s director, said the task force also monitors the students are not discriminated against on the basis of caste, colour or social milieu.

Mathews Philip, executive director of Sichrem, said that the RTE rules formed by the State place a huge responsibility on the school development monitoring committees, diluting the role of the government.

Mr. R. Manohar, Head of Programs, SICHREM participated in the meeting of the Karnataka Election Watch organsied at IIM on 12th August 2012. 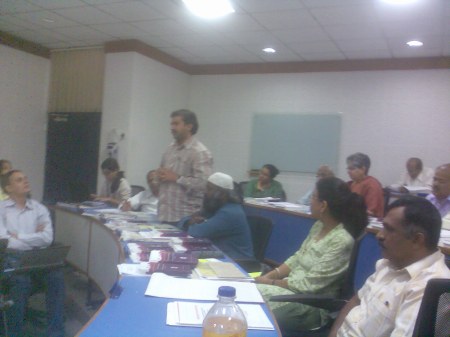 The report on  ‘Question Hour Analysis of 2011 Karnataka Assembly’ by Karnataka Social Watch was release on 10th August 2012 at SCM House, Bangalore.

Ms. Margaret was the resource person for the two days training program on Human Rights Education for Adharsha Makkala Mantapa Schools was conducted on 11th & 12th of August 2012 at ISI, Bangalore. 22 teachers from 22 schools participated in the training. 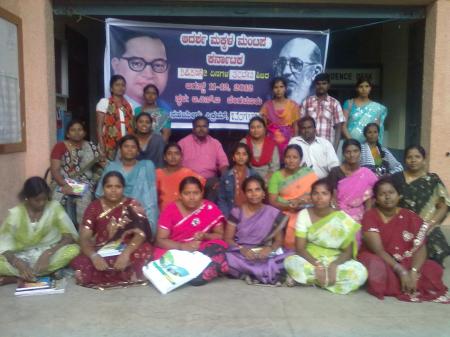 Freedom Songs – A Get together of Activist Singers in Bangalore

Social action all over the world has been shaped and inspired by songs. Often, revolutionary  poetry got transformed to protest songs, involving the participation of a larger crowd. Through songs activists informed, inspired, motivated and touched the hearts of people on various aspects of social reality all over the world, using minimum words.  And in reality, these minimum words could achieve what large essays and long speeches could not achieve.

In India, apart from the freedom struggle, left groups used music in a major way through IPTA, KPAC and many other forums. Some of these songs of the past continue to inspire even the youngsters today. It shows the ability of music and poetry to transcend time.

Through songs, the activists of today are expressing a different notion of freedom – much different from the earlier notions of freedom struggle. The activists today recognize the existence of a neo-colonial exploitation even today but the struggle which unites them is through multiple resistance movements on diverse issues. We feel the need to strengthen  such songs and popularize them.

There are also traditional folk songs of the adivasis, dalits and local communities which reflect and provide a poetic and philosophical meaning to their struggles. These songs have been part of their culture and not easily bracketed as `activist’ songs. However, they have provided much internal strength to many of these communities to resist the onslaught of the modern consumerist world. Sufi songs in this part of the sub-continent have also played a similar role through their deeper musical, mystical, philosophica and poetic reflection.

It is in this context that some of us decided to explore the possibility of creating a common platform for these expressions of music. The best day possible for this event is just before August 15th marking our freedom.  When the country celebrates 65 years of freedom let us celebrate the present freedom struggle of the people.

It will be a  get-together of freedom songs. Please inform all those who will be interested.